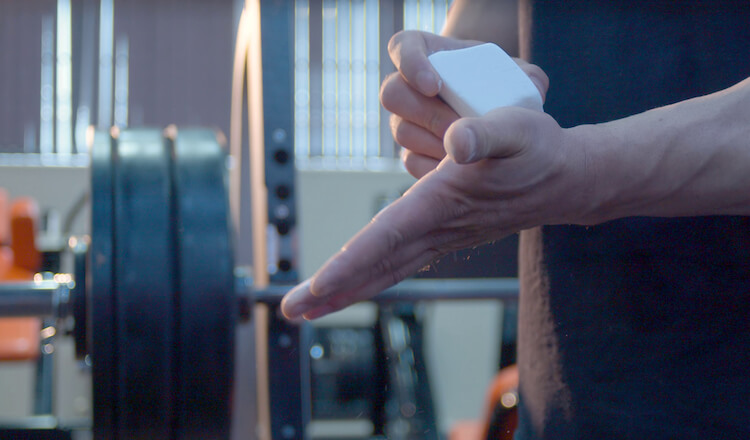 While one part of your brain is tickling your senses to find out whether gym chalks are edible, the other part might be screaming, “why would you want to eat chalk?”

People who find themselves consistently eating chalk might have an eating disorder called ‘Pica.’ And you can be one of them too.

Can you eat gym chalk? No, gym chalk provides little or no nutritional value and is considered dangerous. Even chalk that is labeled as 100 percent magnesium carbonate often contains impurities that can lead to lead poisoning. Other side effects include nausea, vomiting, constipation, diarrhea.

Here, we will discuss if all the gym chalks are edible or not and what physical complications may arise because of eating chalk. PS – we also have an article on gym chalk alternatives that may help – not editable of course 🙂

Let’s dive deep into it.

The Chemical Composition of Chalks

If you want to know whether chalks are toxic or not, it’s a good idea to study the chemical composition of chalk. Regular chalks are also called limestone and primarily contain Calcium Carbonate with small amounts of magnesium carbonate and lead.

As we mentioned, the magnesium carbonate of gym chalks is generally considered non-toxic. The substance absorbs water from your intestine and is regarded as a laxative.

So, if you or your child accidentally ate one or two gym chalks, that’s probably fine. Although, they might feel abdominal irritation and have to run to the toilet.

But, hold on before you start eating chalks. We can’t straight up call gym chalks edible as craving chalks is regarded as a disorder, and large amounts of chalk can harm your digestive system and internal organs.

Commercial chalk contains harmful additives and other impurities that lead to lead poisoning. In short, gym chalk is non-poisonous but does not classify as a food item.

As one reader mentioned, “If by chalk you mean purified limestone or calcium carbonate, then many people eat chalk all the time. It is the active ingredient in calcium antacids such as Tums, and a common calcium supplement”.

Previously, chalk eating was particularly popular in Russia. Nowadays, people eat chalk all over Instagram and YouTube. Some industries took this opportunity and started marketing ‘Edible Chalk.’ Purified natural chalk is being marketed as an alternative to industrial precipitated chalk.

If you crave chalk badly and can’t help your condition, you can opt for natural chalk. However, calling chalk edible is a big statement, and many natural chalk brands fail to keep their commitment to purity.

According to studies, many natural chalk brands with “100 percent magnesium carbonate” labeling contains 20% of calcium carbonate and 1% silicon, just like blackboard chalk and Crayola chalk.

So, be careful while choosing natural chalks and opt for chalk with zero percent of the added chemical.

Why Do People Eat Chalk?

Some people crave chalks, dust, ice, and other non-food items. It is regarded as a medical condition called ‘Pica.’ According to Harvard Medical Publishing, people with Pica end up craving chalk, eating dirt, clay, coffee grains, and many other inedible things.

The condition is more common among pregnant women and people with nutritional deficiencies like iron deficiency.

However, the causes of this eating disorder can be genetic or environmental. Glorification of this obsessive-compulsive disorder is a crucial environmental factor causing Pica.

People who have been eating chalk for a long time have to take a blood test to detect physical and nutritional diseases such as iron deficiency anemia. Then, consult a doctor or health professional for necessary medication and therapy.

“A person who eats a large amount of chalk can experience digestive symptoms, such as pain in his abdomen, nausea, vomiting, diarrhea, or constipation. They can also exhibit respiratory symptoms, such as coughing and shortness of breath” says Mohit Gupta who also commented.

According to the National Eating Disorders Association and U.S. National Library Of Medicine, regularly eating chalk may cause the following problems in your body:

Eating chalks is dangerous for your health. So, don’t even think about eating chalk and never allow your cravings to drive you. If you are craving chalk during pregnancy or any close friend has grown a habit of eating chalk, consult a doctor for proper treatment. 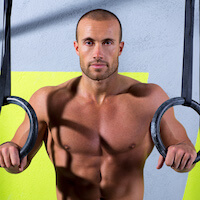 I first started lifting in college and started learning everything I could about fitness and building a well rounded physique. I know how many questions beginners have about lifting and going to the gym. Welcome to my site!